In July 2013 I realized that every keyboard that I owned was scrub level and wanted to do something about it. Naturally, I went for overkill and  found that I had three IBM Model M keyboards with not enough desk space. After falling in love with all things mechanical keyboards with a preference for the buckling spring I did all sorts of searching for home made modifications and other versions of the Model M.


I found out about a model that IBM made specifically to save desk space called the Model M SSK. Unfortunately, these keyboards were not as popular as their full sized brother and were not in production very long. As a consequence of this, the keyboard is difficult to acquire and usually sells on eBay for upwards of $200. Instead of saving to buy one of these, I decided to make one using one of the three full sized keyboards I already had.

Thankfully, or rather unfortunately, one the keyboards I had was a "rubber dome" version of the Model M defeating the entire purpose of the keyboard so I didn't feel terrible potentially destroying it. The biggest part of the project was learning how to "Nut and Bolt Mod" and finding the tools I needed to get it done. 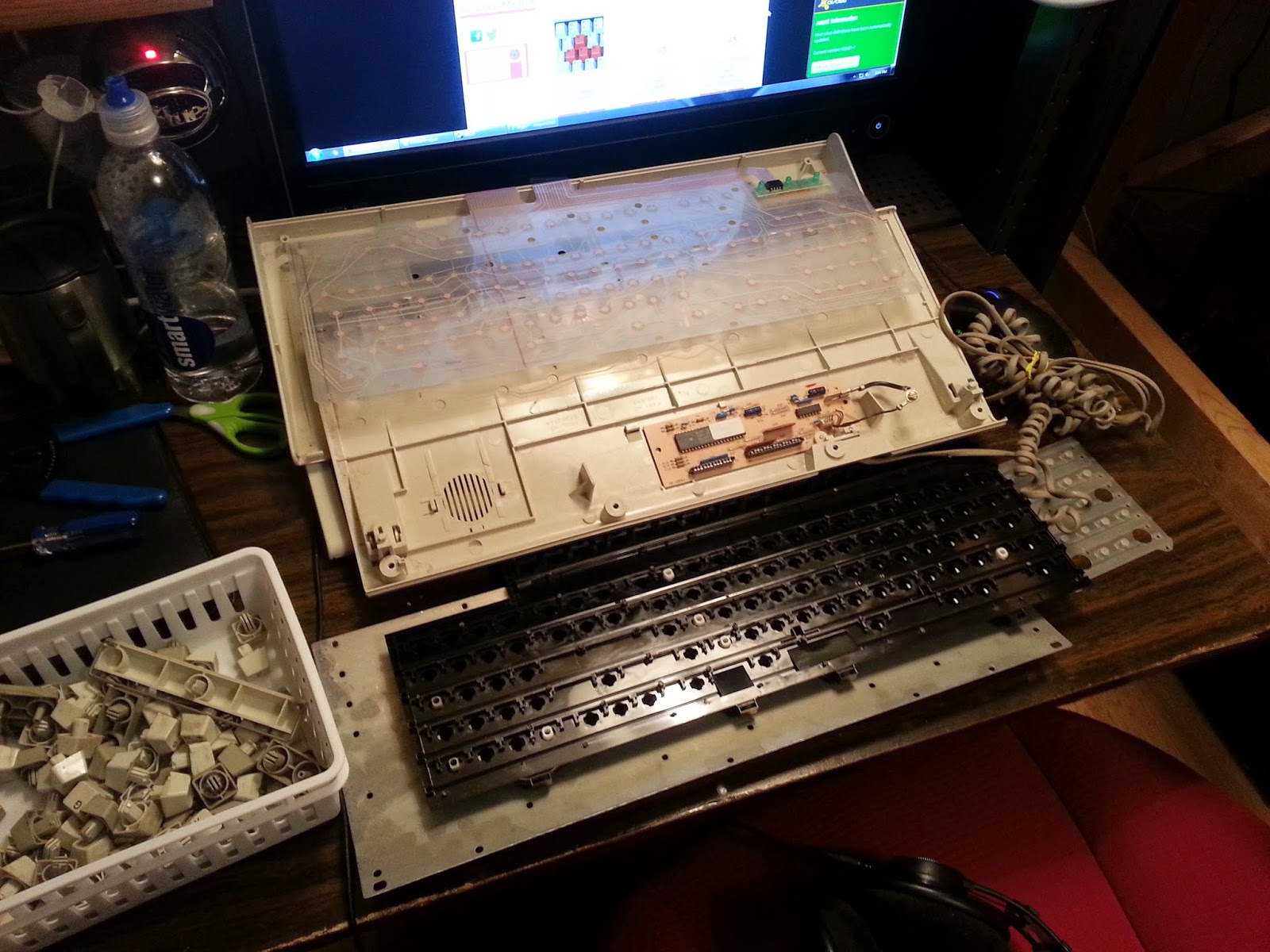 This, clearly, is the fully disassembled keyboard and you can see that the keyboard is rather simple. It's a steel plate, plastic housing for springs, and a three layer plastic trace for each key.

The goal at this point was to successfully bolt modify the keyboard and then move forward with removing the number pad section of the keyboard to imitate the SSK. 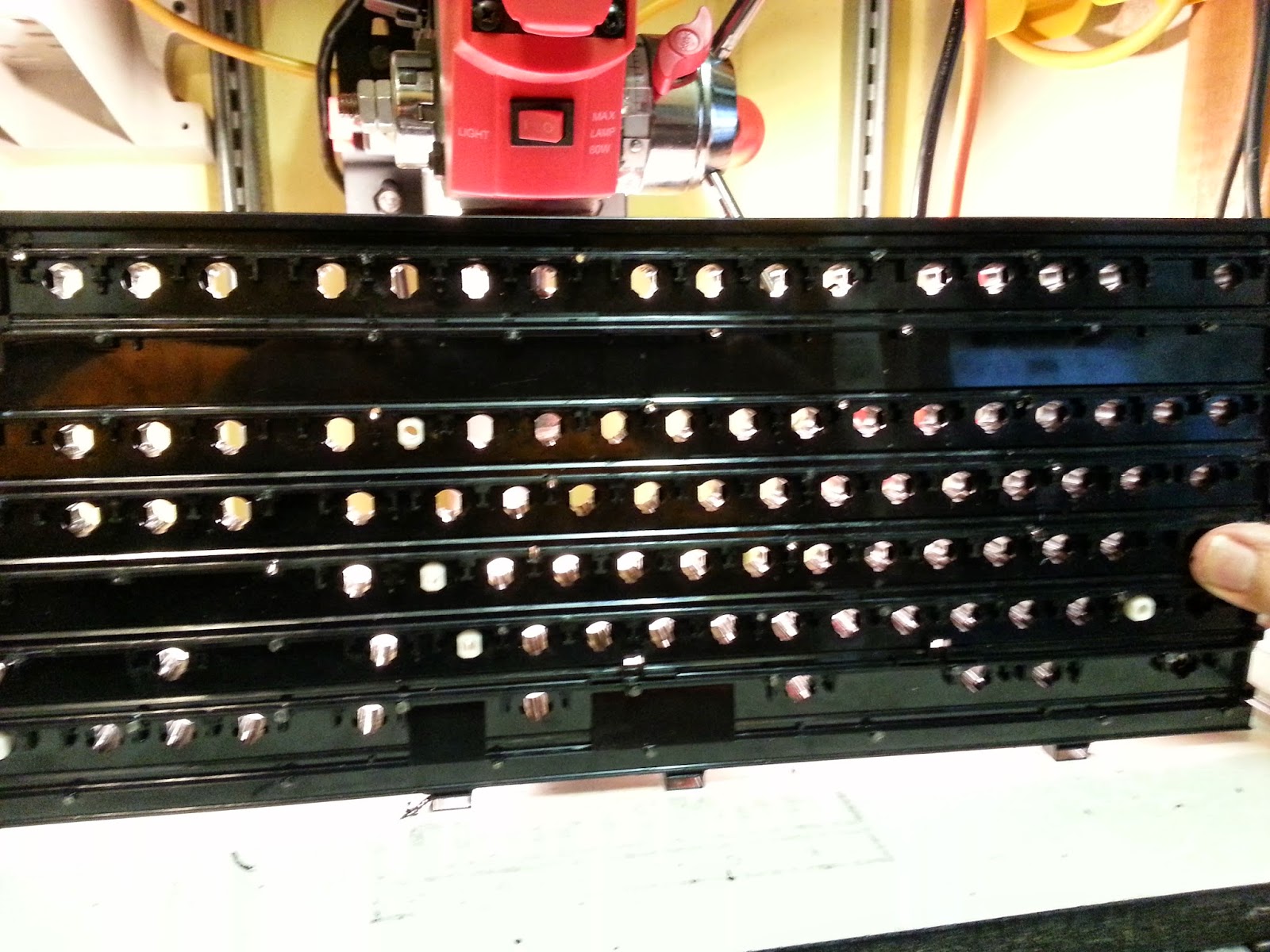 Here are just some of the various stages of the project. In order to bolt modify the plastic housing drilling through holes was necessary to replace the molded plastic fasteners. I think there were somewhere around 25 to 30 drilled holes. 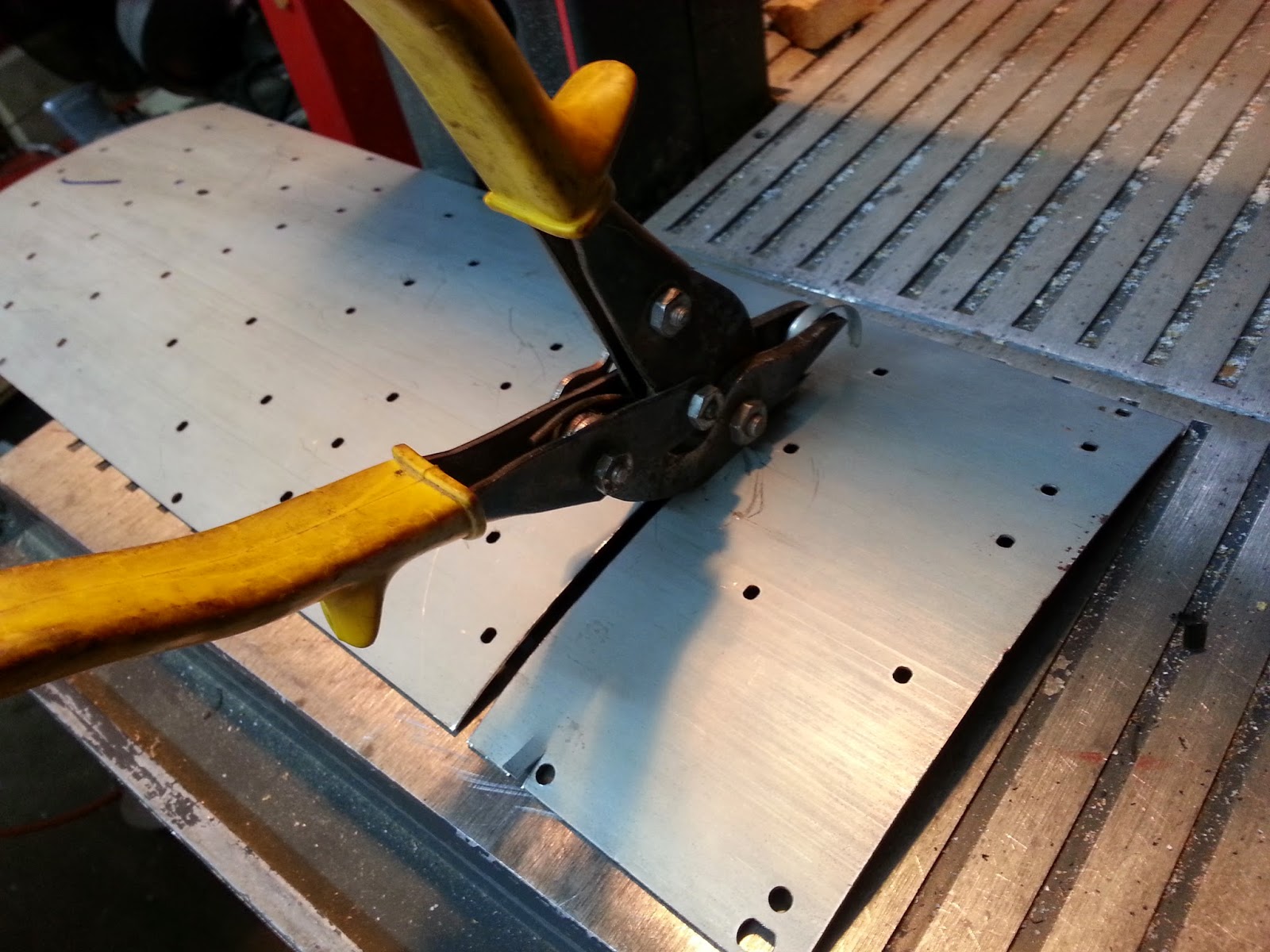 The second stage was cutting the steel plate that is used as the foundation of the keyboard to the correct length such that I could remove the number pad.

The third stage of keyboard destruction was trying to get cut the case so that I could keep as much of the edges so that the keyboard looked seamless. 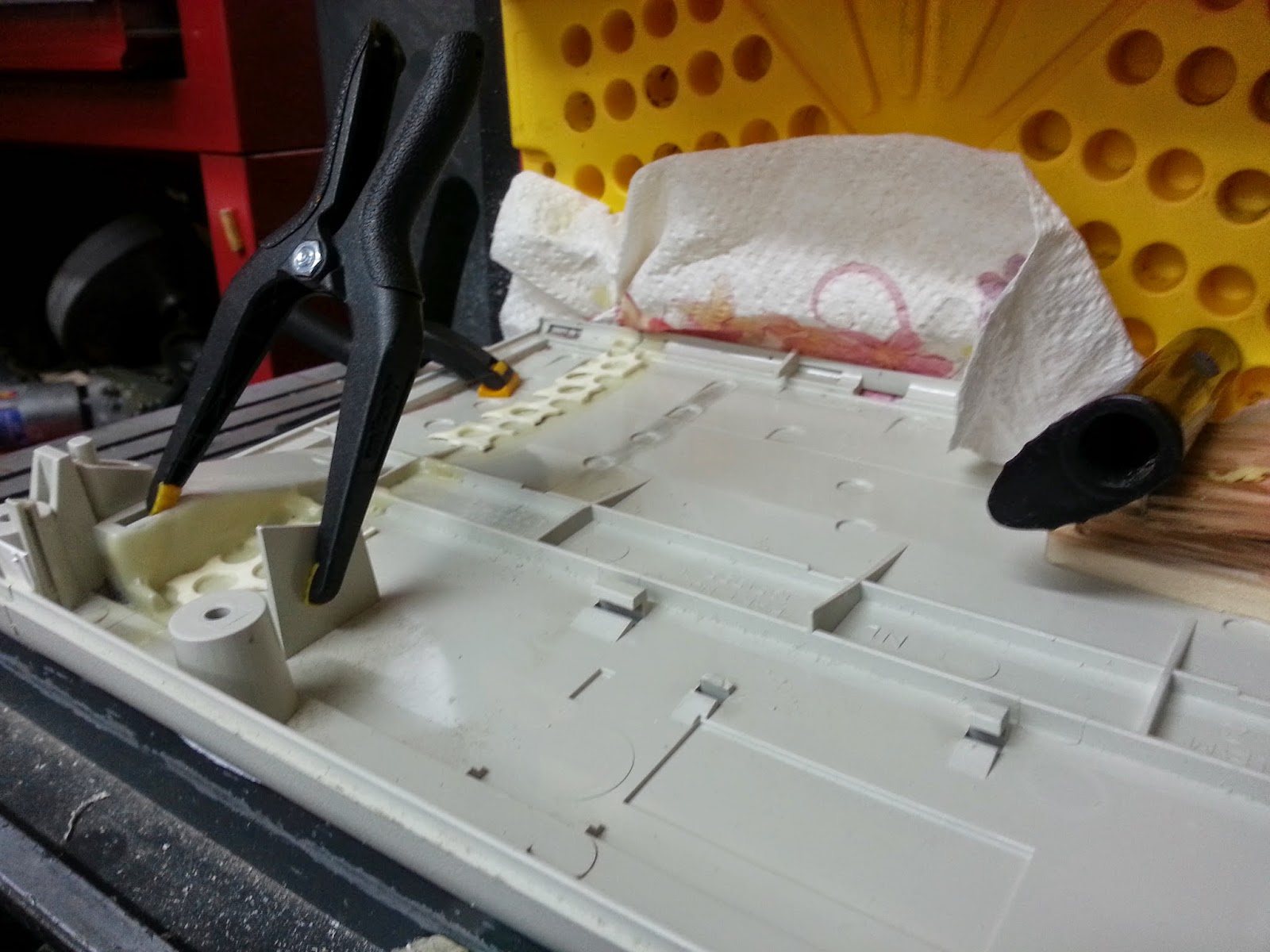 The final stage of the whole bolt modification process was reassembling everything together so that it would be sturdy once everything was put in place. I used a rubber cement epoxy and some vinyl house siding to help the separate case pieces stick together better. The clamps always help.

Once everything was cut up and properly fitted, the rest was just to fold over the switch membrane underneath itself and fix it all up. Here are some remaining photos that I kind of liked that sort of debut the rebirth of my keyboard-stein. 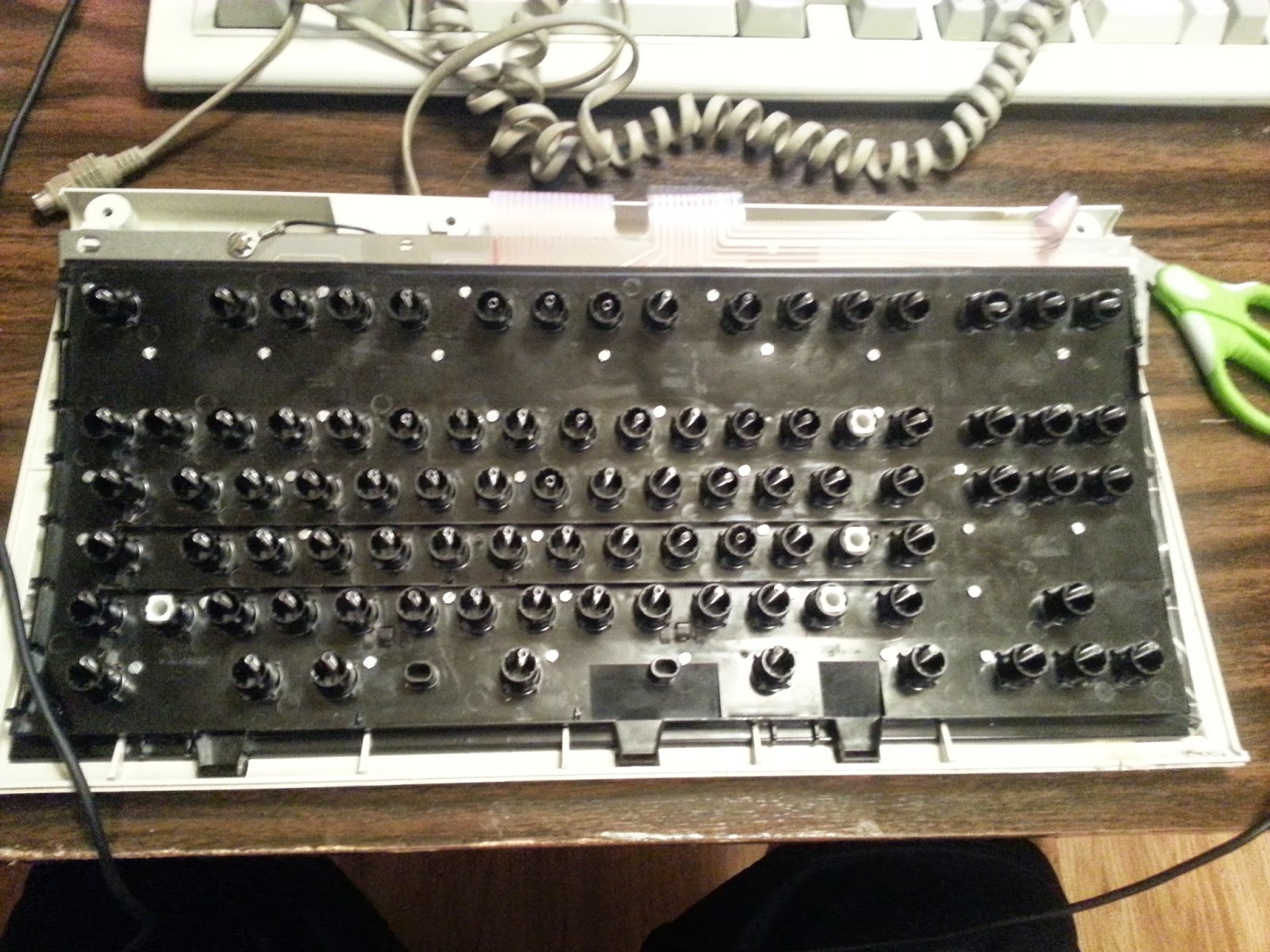 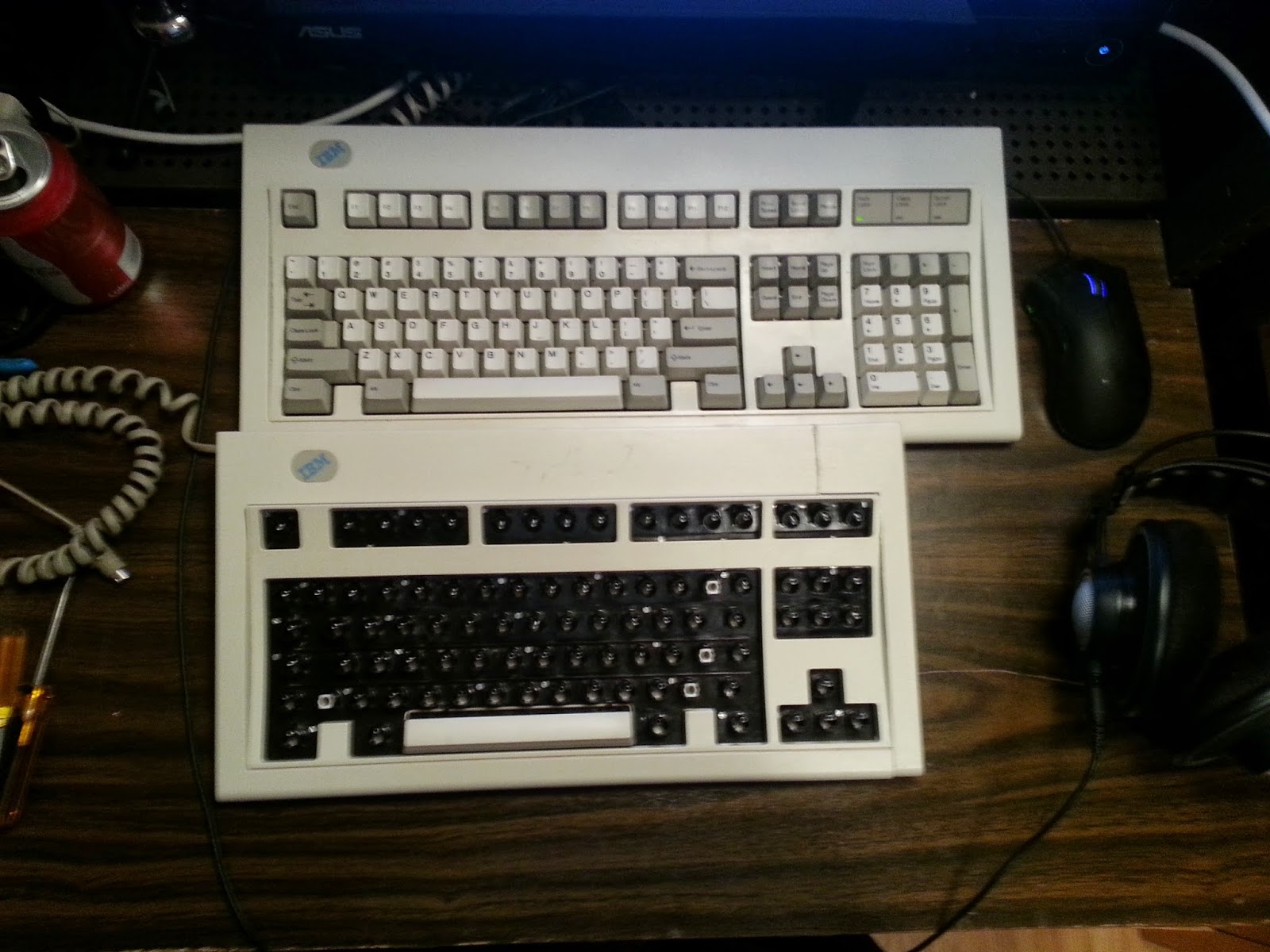 Here is the keyboard comparison to the full sized and the SSK that I created on the bottom. At this point I didn't have keys just yet because I hadn't ordered replacements. The ones that originally came with the rubber dome Model M were solid with no place for the spring to fit into.


Here is the completed project and I still use this keyboard now, not that should be any surprise. I do love my keyboards. The only thing that I'm upset with about this project is the seam that can be seen at the top of the keyboard above the scroll lock key. It just takes away from the beige magnificence. 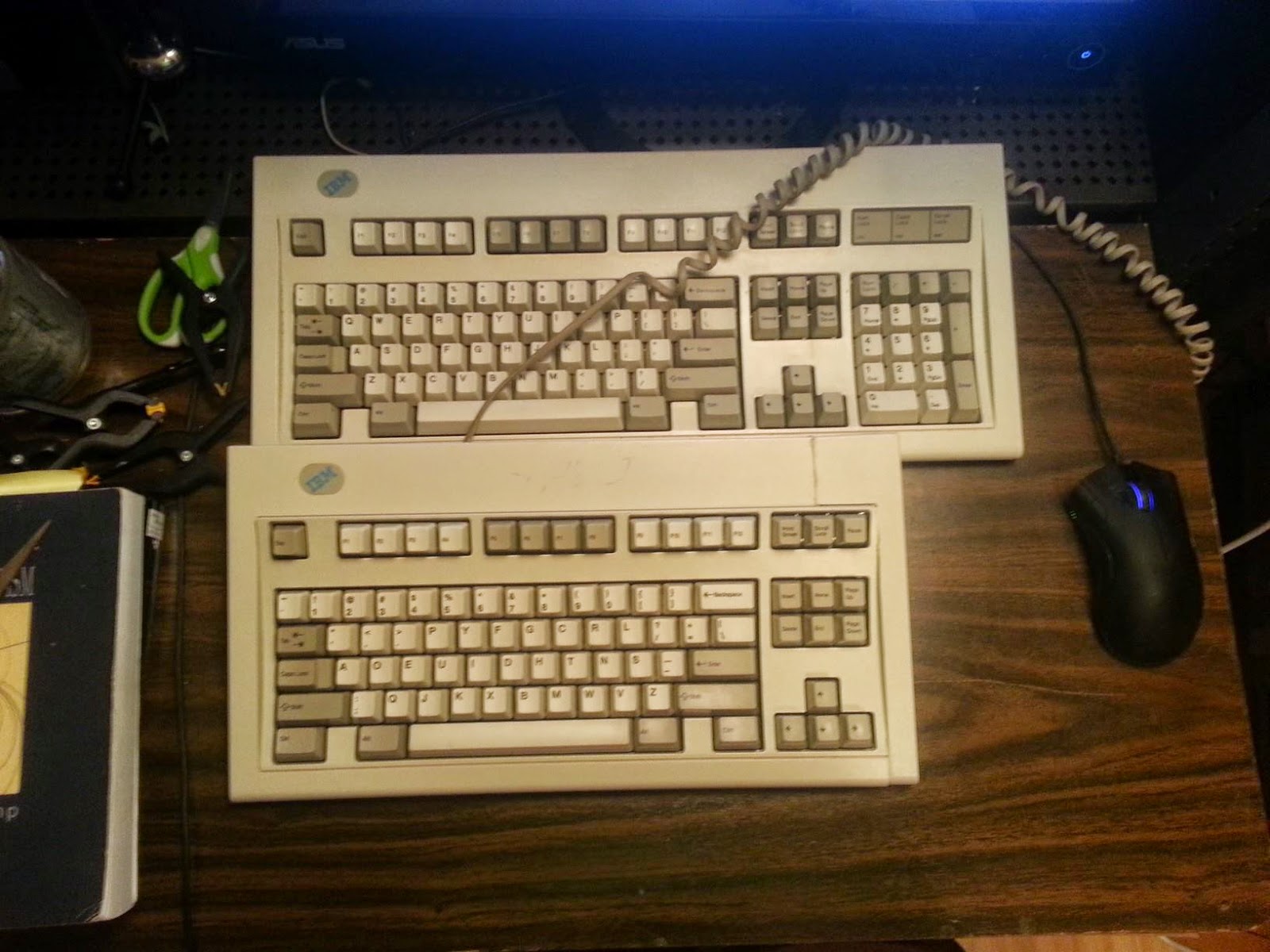